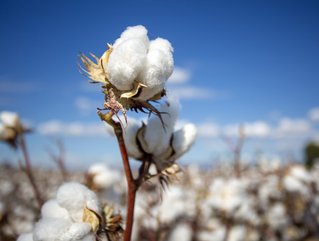 The World Uyghur Congress has challenged the UK government for failing to investigate cotton imported from Xinjiang, a region in western China. The congress has said that the cotton was picked by forced labourers, belonging to the Muslim Uyghur minority.

In 2014, the Chinese government began to exert control over the Uyghur minority group, including the use of detention camps, also known as ‘re-education centres’. Detainees have been arrested for reasons such as praying or using WhatsApp.

This week, the congress provided evidence that 85% of China’s exported cotton was grown in Xinjiang and sold to the UK. Lawyers for the congress argued that there were reasonable grounds to suspect breaches of criminal and civil law under the Foreign Prison-Made Goods Act 1897.

“It can and should be reasonably inferred from the evidence that the vast majority of the cotton manufacturing done in facilities operated by these companies in the XUAR is carried out by labourers subject to conditions of detention and forced labour. Accordingly, if a UK company sources any cotton products from one of the implicated Chinese companies, there is a high risk that the product in question was produced (wholly or partly) by prison and forced labour,” said legal representatives for the congress.

American machinery manufacturer John Deere is creating jobs in the USA after reshoring production back home, from China.

Within the next two years, the new John Deere site will produce medium-chassis cotton harvesters in its Thibodaux facility. Deere plans to have full capacity production by 2025, which will create 70 jobs.

“This investment by Deere & Company demonstrates not only the strength of Louisiana’s manufacturing sector, but the resilience and recovery of the Bayou Region,” said John Bel Edwards, Candidate for the Office of Governor for the State of Louisiana.