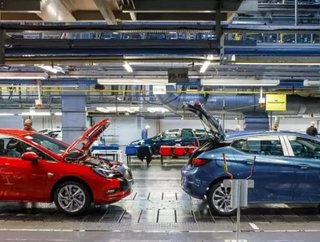 This year, car production volumes are at their highest since 2005, with 36,000 more cars built than in 2014. Driving this forward is export with one mil...

This year, car production volumes are at their highest since 2005, with 36,000 more cars built than in 2014. Driving this forward is export with one million British-built cars shipped overseas in 2015.

October has seen a marginal dip in domestic sales as car makers gear up for the new models launching at the end of the year. Exports, however, are up by 1.5% for the month.

According to the latest figures from the Society of Motor Manufacturers and Traders (SMMT), a total of 1,318,452 new cars rolled off UK production lines in the first 10 months of the year, the best performance in the last 10 years and up 2.8% year-to-date.

UK engine manufacturing also remains stable. Despite a 1.3% drop in 2015, the demand for the new Euro-6 engines has driven exports forward with manufacturing for overseas markets up 13.2% month-on-month.

Mike Hawes, SMMT Chief Executive, said, “Continued overseas demand for UK-built engines drove sector growth of 4% in October, compared with the same month last year. Some 135,434 engines were produced for foreign markets, representing an uplift of 13.2%. Year-to-date volumes fell slightly by 1.3% set against a 1.3% increase in exports, while overall output surpassed the two million unit milestone, reflecting the stability of the market.”

It seems the success is going to continue for UK car makers with SMMT predicting that two million cars will be produced in 2020, beating the former high of the 1970s. Not only is this great news for the economy but it’s predicted that it’ll also bring in around 37,500 new jobs.