Is Saudi Arabia going to be the world's next big manufacturing destination? 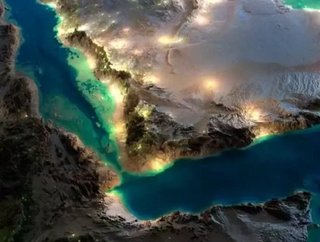 Saudi Arabia is the fastest growing country in the manufacturing sector with a predicted average year-on-year growth of 7.5 percent until 2018. Saudi Ar...

Saudi Arabia is the fastest growing country in the manufacturing sector with a predicted average year-on-year growth of 7.5 percent until 2018. Saudi Arabia’s manufacturing sector is poised for significant growth in the sector, particularly in the field of technology, not only on a regional level, but on a global scale, says Martin Kuban, lead research analyst at International Data Corporation (IDC) Manufacturing Insights, Central Europe, the Middle East, and Africa (CEMA) region.

“The diversification of the country's oil-based economy is progressing steadily, supported by a positive economic environment and favorable investment attitudes. And IT innovation spirits are rather high, as many of the new businesses are not saddled with extensive client-based solutions,” he added.

According to the latest insights released today by International Data Corporation (IDC), IT spending in Saudi Arabia is growing at the fastest rate across the whole CEMA region.

The third platform IT solutions and the Internet of Things are also expected to play a more essential role in the Saudi manufacturing sector over the coming five to 10 years. The future of manufacturing in Saudi Arabia will remain dominated by large manufacturing entities and conglomerates focusing on asset-oriented and brand-oriented manufacturing.

According to the ICD report, the manufacturing sector delivers roughly 10 percent of Saudi Arabia's GDP, and it holds significant potential both in terms of its contribution to GDP and the ongoing diversification of industries.

“Manufacturing in technology and engineering-oriented value chains will be driven by emerging small and medium businesses, mostly established in industrial zones surrounding big cities,” said Kuban. “Many of these hubs will emerge as centers of innovation and excellence, closely tied to newly developed research and development facilities.”

IT will play a crucial role in these new establishments, and this will be in visible contrast to the country's large manufacturing companies. “While these will also undergo considerable IT transformation, it will typically be at a much slower pace and with less grace due to the lack of IT skills and poorer decision-making capabilities of their internal IT organizations,” he said.