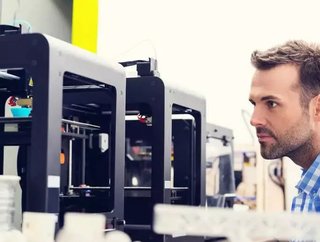 Digital manufacturing startup Carbon has announced the raising of over $260mn after a funding round. The Redwood City, California based company saw inc...

Digital manufacturing startup Carbon has announced the raising of over $260mn after a funding round.

In its 25 June press release, Carbon said it would invest the capital in expanded R&D efforts, including the development of recyclable and biocompatible materials, a new facility and upgraded software.

Using its resin printing methods, the company says that it offers reduced waste and time to market. “With the Carbon Platform, powered by our Digital Light Synthesis technology, companies are finally breaking free of the constraints of traditional polymer manufacturing methods to make what’s next now, and at speeds and volumes never before possible,” said Dr. Joseph DeSimone, Carbon’s CEO and Co-Founder.

“Carbon’s business model is as innovative as its technology. Its “hybrid SaaS” business model is an industry first for manufacturing, enabling a high level of predictability and recurring revenue,” said Ellen Kullman, Lead Director of Carbon. “Having designed smart hardware from the ground up that is updatable via regular, over-the-air software upgrades, the team is ushering in a new era of high-tech manufacturing, one destined to unlock the full promise of Industry 4.0.”