Are you thinking about battery technology? You should be... 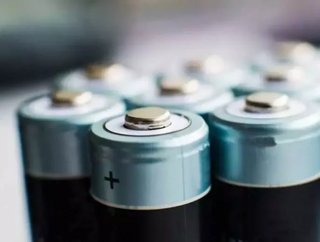 How developments in battery technology can help organisations – from SMEs to large corporations – restore costly server room/data centre operations and power them towards a more cost-effective, energy-efficient and resilient future.

In an increasingly digitised business environment, companies’ ability to leverage organisational data has become a crucial component of commercial success. In the much-trumpeted era of Big Data, organisations from SMEs to large multinationals are becoming heavily reliant on their server room or data centre operations to assure business continuity and facilitate growth. It’s a costly exercise – but it’s business critical. Maintaining an effective and resilient data infrastructure is imperative. One of the most persistent challenges organisations face is the battle to protect against unexpected power outages. The inherent cost and disruption caused by outage can be significant; downtime can have a major impact on productivity and revenue and, as businesses operate in ‘internet time’, even a momentary loss of data can have far-reaching repercussions. Businesses, large and small, invest substantial sums in Uninterruptible Power Supply (UPS) systems to safeguard against outage. However, even the most effective systems can become unhinged by the most low-tech component of any UPS: the battery.

As IT managers battle the intense heat of business objectives to contain costs and meet ‘green’ requirements, many are increasing the temperature in the server room/data centre to minimise air conditioning, restrict energy costs and reduce carbon footprint. But the impact of increased heat on the humble battery can make the approach counter-productive. Suboptimal performance from this low-profile element of innovative UPS systems can inadvertently leave organisations expensively exposed. It’s a well-known challenge, but the well-known solution – Valve Regulated Lead Acid (VRLA) – may be misaligned with modern business imperatives. A better solution, however, is becoming crystal clear… it’s time for organisations to consider making the move from traditional Lead Acid to Lead Crystal Batteries (LCB).

The financial cost of unplanned data outage is significant; a 2013 report by the Ponemon Institute calculated the cost of unplanned outage to be more than $7,900 a minute. The true business cost, in a world where revenues are increasingly generated online, is even more impactful, irrespective of business size or industry. In the financial sector, transactions are traded in nanoseconds, while in consumer markets the ability to track and respond to customer data can be an important differentiator. In a hospital or defence environment the loss of data can have substantial human implications. With the stakes so high and investment in UPS systems so widespread it’s strange to think that organisations could allow something as trivial as a battery to trip them up. And yet, despite their best efforts to maintain and test battery life, many organisations succumb to the problem. The primary cause of unplanned outage is UPS battery failure - it’s responsible for more than a third of all UPS failures during the system’s lifecycle.

Awareness of the problem is widespread; IT managers are familiar with the challenge but many admit that the battery is the ‘weak point’ within their UPS system. Their reliance on VRLA Batteries is understandable – they’ve been the default option for decades and have historically proved a reliable and effective option. However, the evolution of the e-business, allied with a stuttering economy and increasing emphasis on environmental responsibility, has added greater complexity to companies’ management of data infrastructure – and the routine use of traditional Lead Acid Batteries may inadvertently be at odds with modern business objectives.

Like every organisational division in the era of austerity, IT managers are under renewed pressure to find operational efficiencies in the data centre or server room setting. Many are, characteristically, feeling the heat. Success requires a focus on resilience and business continuity – and UPSs provide robust reassurance in that regard. However, the driver for efficiency also dictates the need to optimise space, conserve energy and meet corporate responsibility commitments to reduce the carbon footprint. The latter two objectives go hand-in-hand; by conserving power the damage to the environment similarly reduces. Moreover, by using less power, energy bills naturally fall – delivering yet another important efficiency. Behind maintenance, which accounts for almost 60% of the cost of running a server/data room, one of the biggest overheads is the cost of air conditioning. Computer rooms are hot environments and, as such, companies commonly use air conditioning or cold aisle coolers to protect server equipment by keeping low ambient temperatures. The price of the air conditioning, and the inherent impact on the environment, is anything but cool.

The goals to improve efficiency and environmental sustainability have triggered a trend towards increasing the ambient temperature of the data centre. In recent years the American Society of Heating, Refrigeration and Air conditioning Engineers has incrementally revised the recommended allowable temperatures for defined data centres – with maximum high-end temperatures moving from 25°C in 2004 to 45°C by 2011. As the recommendations are implemented globally, companies’ use of air conditioning units has reduced and energy consumption has fallen. On the face of it this is great news. However, there is a major drawback: the increase in temperatures has a detrimental impact on the life of LABs. In many cases, a Lead Acid Battery designed to protect a system across its 10 year lifecycle will only last 212 years at +40°C, and less than 2 years at +45°C. This not only increases the risk of unexpected failure, it invites all the associated disruption, cost and downtime of a planned outage to replace the existing batteries. Whilst companies spend exorbitant amounts of time and money monitoring battery life, the implications of replacing batteries when an issue is identified cannot be overestimated.

In response, companies have looked to relocate the batteries outside of the data centre environment. This, in turn, can help optimise space and bolster server infrastructure. However, the approach remains flawed and self-defeating. To work optimally, Lead Acid Batteries must be maintained at a low ambient temperature – which means the new location itself must have effective air conditioning. In effect, it’s the efficiency equivalent of giving with one hand only to take away with the other.

As clear as crystal

And so IT Managers continue to grapple with seemingly divergent challenges only to find that, in the perceived absence of an alternative, they naturally gravitate back to Lead Acid Batteries. But the solution is, quite literally, as clear as crystal. Lead crystal.

Lead Crystal Batteries (LCBs), a relatively recent introduction to the UK (but proven over many years of installation in Africa and Far East), promise a much longer life than traditional solutions – lasting 3-5 times longer than VRLA. More importantly, the technology behind LCBs means that they can withstand extreme temperatures from -40°C to +65°C. Although extreme heat naturally impacts battery life, LCBs can easily deliver a service life of at least 7.5 years at a continuous +40°C.

The implications for IT Managers are manifold. Primarily, companies can reliably mitigate the risk of unplanned power outage. In addition, IT staff can increase the ambient temperature of computer rooms without having a significantly detrimental effect on battery capability. This can, in turn, reduce both energy bills and carbon footprints. Moreover, LCBs can minimize the disruption of replacement downtime and the associated costs of disposal. The science behind LCBs means they require very little maintenance. Although companies are unlikely to jettison their battery testing and monitoring protocols, their frequency could be significantly reduced – helping to shrink burgeoning maintenance costs.

The advance of LCBs is perhaps the most exciting development in the battery market in thirty years. Their deployment can undoubtedly deliver substantial cost savings and operational gains for businesses looking to optimise their data infrastructure. For too long, IT managers have looked in vain for a better alternative to Lead Acid. Thankfully, the future is here. There’s no longer any need for a crystal ball – a crystal battery can recharge the data centre/server room environment, safely, reliably and cost-effectively.