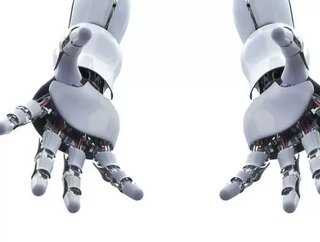 Seiko Epson Corporation – also known simply as Epson – has commercialised an autonomous dual-arm robot that is described by the company as “seeing...

Seiko Epson Corporation – also known simply as Epson – has commercialised an autonomous dual-arm robot that is described by the company as “seeing, sensing, thinking, and working”. The WorkSense W-01 will be rolled out in stages over the winter after its unveiling at Tokyo’s International Robot Exhibition between the 29th of November and the 2nd of December.

The needs of manufacturers continue to evolve and become more complex. Industrial robots are conventionally installed in a fixed location on a line to perform a specific task, but the WorkSense W-01 was developed for easy mobility meaning it can be wheeled where necessary to perform assembly, transport, and other tasks.

The features below enable the robot to automate production tasks that previously defied automation.

Seeing: Four head-unit cameras and two arm-mounted cameras give the robot human-like vision, meaning it can accurately detect an object’s position and orientation in three-dimensional space. Even if the location changes, the WorkSense W-01 can track it.

Sensing: WorkSense W-01’s two arms are fitted with Epson’s precision force sensors, which are already available to buy. These enable the robot to perform delicate assembly, transport, and other tasks that require force control so objects are not damaged. Multi-purpose hands are included as standard.

Thinking: The robot can detect position and orientation of objects in three-dimensional space, so even if the robot is relocated, it will immediately continue working with no programming change. This gives the WorkSense W-01 additional flexibility.

Working: The two seven-axis arms move like human arms, independently from one another to perform tasks that a single-armed robot cannot.

Yoshifumi Yoshida, Chief Operating Officer of Epson’s Robotics Solutions Operations Division, says: “Epson’s Corporate Vision expresses a strong commitment to driving robotics innovation. We are refining our core technologies that combine sensors and smart features, as well as our efficient, compact, and precision technologies, with the aim of realizing a future in which robots are widely used to serve and support people.

“We see the WorkSense W-01, which harnesses the power of Epson’s deep portfolio of technology, as bringing us one step closer to bringing about such a future."