How additive manufacturing is changing the aerospace landscape 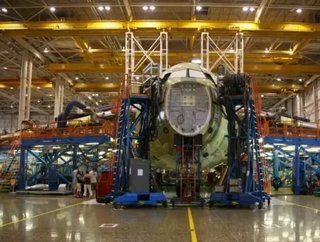 Everyone is talking about 3D printing and how it will revolutionize our world, particularly in the realm of manufacturing. From toys to jewelry to prost...

Everyone is talking about 3D printing and how it will revolutionize our world, particularly in the realm of manufacturing.  From toys to jewelry to prosthetic limbs, additive manufacturing is creating thousands of opportunities for individuals and businesses to easily manufacture products that address their needs.

But 3D printing isn’t a novel concept for all manufacturers, as some firms have been utilizing the technology for years.  For the aerospace sector, where small reductions in weight can mean large savings in fuel costs, the ability to create lightweight, cost-friendly components is transforming the industry.

US-based aerospace manufacturer Pratt & Whitney (P&W) has created the first working aero-engine to use additively manufactured parts.  The PurePower PW1500G contains 24 such parts, from simple brackets to complex central engine components that were designed to withstand high temperatures.  The PurePower engine powered a Bombardier CSeries plane successfully through a 2013 test flight and is scheduled to enter into service in 2015.

The concept of additive manufacturing involves using lasers to fix layers of powdered metal into a digital mould.  It has been around in various incarnations for over thirty years.  Stereolithography was first commercialized in the States in the 1980’s.  The 90’s brought new developments in 3D printing methods such as laser sintering, as rapid prototyping became more common.  In the early 2000’s, when engineers began realizing that these technologies could be applied to manufacturing, the term additive layer manufacturing (or ALM) was officially coined.

P&W’s Geared Turbofan (GTF) engine is revolutionary for the industry.  The first series of P&W engines that utilizes powder-bed additive manufacturing, it now has more than 5,000 engine orders and commitments, including options.

Geared Turbofan engines use a reduction gearbox to connect the fan at the front end of the engine to the low-pressure shaft.  The cooling mechanism enables the turbines to run at higher speeds than more conventional turbofans.  Built-in advanced cooling technologies help prevent damage to the device’s metal components, leading to a reduced fuel consumption of up to 16 percent and a 75 percent reduction in noise output.

Using this method, designs can be made in a fraction of the time required by traditional techniques and changed at the touch of a button.  There is minimal waste involved, which leads to a reduction in costs.  ALM reduces consumption of raw materials by up to 50 percent compared with traditional techniques such as forging or casting.  These are significant savings, given the costs involved with aerospace-grade metals.  ALM is also more adaptable than other methods and can therefore be used to produce more detailed designs.

The weight savings on components are also substantial.  The ratio between the weight of the raw material used to make a part and the weight of the finalized part can be up to 20 to 1.  Using ALM can reduce the ratio to less than 2 to 1.

P&W has used ALM to make more than 100,000 parts and prototypes to date, including casting patterns, tooling and test rig hardware.  Since its inception, more than 2,000 metal prototypes have been made for use in developmental engine programs.

P&W is using the titanium and alloys it already uses on its engines, modifying the additive manufacturing process to create properties more consistent with its current materials.  This process involves a number of steps.

First, an engineer prepares a build file. A 3D CAD design is created for each part and then split into layers about 0.1mm thick, which are then grown in a bed of metal powder.  The powder is then melted by a laser or electron beam that follows the shape highlighted by the initial CAD design.

The chamber space is lowered and concealed with another coat of powder before the process is repeated. When the components have grown, any leftover powder is cleared from the component and re-used to make another part.

ALM does have its limitations. Scale can be an issue, as casting techniques produce high volumes cheaply. But as the investment in technology continues, the efficiency and cost savings of ALM are increasing.

The flexibility and cost-savings delivered by ALM will revolutionize the aerospace industry in the future.  Further research is being conducted, such as at the University of Connecticut Research Center, where researchers are looking into how to improve and optimize the ALM process for specific parts and alloys.  Researchers are focusing on powder size and purity, the number of times it can be used before it requires cleaning, the process parameters of power input and laser speed.

Pratt & Whitney have big plans for ALM and expect the technology to play an increasingly broad role in its manufacturing process, where it can support their overall goal to make products that are both greener and more efficient for their growing customer base.