Hyundai and INEOS to Cooperate on Hydrogen Production 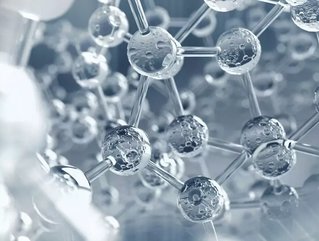 Hyundai Motors and INEOS have announced the signing of a memorandum of understanding to explore new opportunities to accelerate the global hydrogen econ...

Hyundai and INEOS will jointly investigate opportunities for the production and supply of hydrogen as well as the worldwide deployment of hydrogen applications and technologies. Both companies will initially seek to facilitate public and private sector projects focused on the development of a hydrogen value chain in Europe. This comes quickly off the back of news that the EU would execute a cross-border approach to further enhance hydrogen fuel cell technology in the coming years.

The agreement also includes the evaluation of Hyundai’s proprietary fuel cell system for the recently announced INEOS Grenadier 4x4 vehicle. This cooperation represents an important step in INEOS’ efforts to diversify its powertrain options at an early stage.

Hydrogen has been known about ever since British scientist Henry Cavendish discovered that the hydrogen element and oxygen existed in water, back in 1776. There have been many attempts to convert and successfully store hydrogen in the intervening years, but results have been limited. Now, thanks to the climate crisis and ever-increasing sophisticated technology, hydrogen as a viable, clean energy source is not looking too far away.

Hyundai’s proprietary modular fuel cell system, which evaluation vehicles will use, has already proven reliable and effective in the Hyundai NEXO SUV. The world’s first dedicated hydrogen-powered SUV has the longest driving range among hydrogen-powered vehicles in the market.

“INEOS’ move into the development of a fuel cell electric vehicle and hydrogen ecosystem marks yet another milestone towards sustainable and clean transportation,” said Saehoon Kim, Senior Vice President and Head of Fuel Cell Centre at Hyundai Motor Company. “Hyundai believes this will provide an important low-carbon option across a wide range of sectors. We also hope our decades-long expertise in hydrogen fuel cell work in synergy with INEOS’ expertise in the field of chemistry to realize the mass production of green hydrogen and fuel cells for the Grenadier.”

Crucially, one of the main challenges of the electric vehicle market is the driving range limit of the electric batteries before requiring “refuelling” at a charging point station, something which is still not readily available in the ubiquitous way they are needed to be. Hydrogen fuel cell technology could have the ability to negate this problem and perhaps, one day overtake the more widely adopted electric battery vehicle. This presents a massive opportunity for nimble and strategically savvy automakers and renewable energies companies alike.

As countries around the world set zero carbon emission targets and ban the sale of new internal combustion engine vehicles, the likes of Hyundai could be getting ahead of the industry curve with hydrogen-powered technology.