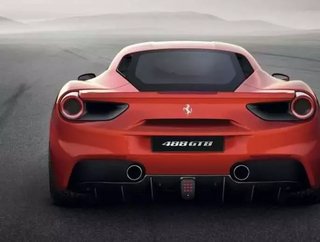 Ferrari has unveiled that its going to be manufacturing its new turbo charged 2015 488 GTB (Gran Turismo Berlinetta), which will be the successor to the...

Ferrari has unveiled that its going to be manufacturing its new turbo charged 2015 488 GTB (Gran Turismo Berlinetta), which will be the successor to the Ferrari 458.

The 2015 Ferrari 488 GTB uses a twin-turbocharged 3.9-liter V8 engine, which is significantly more powerful than the naturally aspirated 4.5-litre V8 used by the outgoing Ferrari 458 Italia.

Ferrari's new 488 utilizes variable torque management as it shifts through all seven gears which means that torque is delivered smoothly and powerfully through the entire rev range.

During the manufacturing process, Ferrari's engineers have paid close attention to the sound coming from the exhaust and vehicles the aerodynamics. The Ferrari 488 has 50 percent more down force and is much more aerodynamic when cutting through the wind when compared to the Ferrari 458.

Up front it’s got a double front spoiler, base bleed side intakes and, at the rear, active aerodynamics coupled with a blown spoiler. Also as is the norm for supercars, there is a wicked rear diffuser channeling air out back.

The 2015 Ferrari 488 GTB features a thoroughly refreshed design over the 458 Italia first revealed in 2009. For example, restyled headlights can be found at the front alongside enlarged air intakes and a new bonnet with large air extractors. At the side, massive air intakes are now present to feed the twin-turbo V8 while at the rear, the taillights have been restyled alongside a new dual tailpipe system, brand new diffuser setup and different grilles.

Ferrari will not announce prices for the 488 GTB until the 2015 Geneva Motor Show in March, and even then UK pricing won’t be confirmed until later in the year when the exact standard specification has been finalized. Look to budget around $230,000 if you plan to buy one and even more if you also want some additional options. You will be able to order a 488 GTB as soon as it’s revealed at the show, and left-hand drive production is set to start in September of this year.