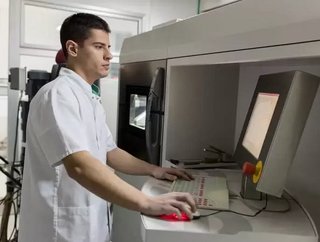 The global soldier systems market is said to be worth $9.8bn. Titomic and TAUV hope to gain a foothold in that market via the rapid turnaround times of their products. The five soldier system products they have developed were delivered in less than six months time, significantly faster than what Titomic says is an industry standard 18-24 months.

Jeff Lang, Titomic Managing Director said: “The successful delivery of the TAUV prototypes in just a matter of months further demonstrates the superior economics of TKF metal AM to compete, not only with other additive manufacturing companies, but with traditional methods like investment casting, metal injection moulding and CNC.The TAUV project is a world first for additive manufactured Titanium defence products and realises Titomic Kinetic Fusion viability for commercial mass production and revenue opportunities. This is a significant milestone for Titomic’s commercial revenue opportunities.”

The equipment is intended for use by police, military and security personnel. The ultra-light systems are made from titanium, with the additive manufacturing method allowing for both improved performance and turnaround times.

“Initial testing of TAUV’s high performance soldier system products manufactured by Titomic appear to have superior performance capabilities which we were seeking to achieve during this project utilising Titomic’s TKF additive manufacturing process,” said Nathan Kalisch, CEO of TAUV. “If all of the results continue to progress positively, these TKF produced products will provide TAUV with a significant market advantage over our competitors who are manufacturing using traditional methods. Titomic’s TKF process enhances our offering to defence and law enforcement agencies through improved strength, functionality and capability. We have been impressed by Titomic’s very fast concept R&D feasibility process to bring our concept ideas to a commercial realisation.”