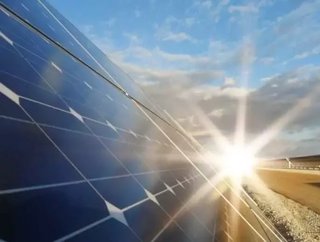 According to a report released by KPMG, India could save a huge $42 billion in solar equipment imports by turning its ailing manufacturers into a viable...

According to a report released by KPMG, India could save a huge $42 billion in solar equipment imports by turning its ailing manufacturers into a viable industry. India is projected to install as much as 100 gigawatts of solar capacity by 2030, however as it stands many of its domestic solar manufacturers are operating at just one fifth of their capacity.

The report was published at a time when India is considering imposing dumping duties on the U.S. and Asian solar panel and cell suppliers, in a bid to protect local competitors.

The report was carried out for the Indian Solar Manufacturers Association and highlighted that growing a domestic manufacturing base would not only save on imports but also create 50,000 jobs in the country.

“Indian manufacturing is competitive but suffers due to a lack of incentives when compared to other nations,” KPMG said. Other manufacturing nations such as the U.S. and China have provided billions of dollars in financing, introduced tax benefits and imposed anti-dumping duties to help their local industries, while India has not. As a result, Indian factories are one-fifth the size of a typical Asian plant and don’t benefit from the economies of scale of their overseas competitors, KPMG said.

By failing to build a sustainable solar manufacturing industry, India risks repeating mistakes made in its electronics industry, according to the report. More than 60 percent of domestic demand for electronics is met through imports, accounting for 23 percent of the nation’s trade deficit, KPMG said.

“The industry was not given due importance during early stages of its evolution,” it said. “It has become very costly and difficult for India to catch up.”