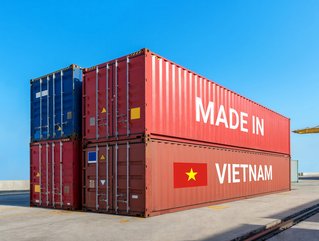 From Samsung Electronics moving to Vietnam to the Japanese government paying companies to leave China, manufacturers are leaving ‘the factory of the world’

Manufacturing migration from China to other Asian countries has been taking place for over a decade, but recent events have accelerated this trend.

Back in 2014, Samsung Electronics announced that it would leave China and build a smartphone factory in Vietnam, in order to cut costs.

In 2018, the US vs China trade war started, with then-President Trump imposing tariffs on Chinese goods - to which China retaliated by putting tariffs on products from the USA.

Then the pandemic hit and supply chain disruption was on the mind of every manufacturer who had been reliant on unrelenting Chinese production, from ‘the factory of the world’.

Japan paid over 80 companies to move their production either back to Japan or to another Southeast Asian country.

Inside of China, the lockdowns caused by COVID-19, which hit manufacturing hub Shanghai hard, are not over. A Chinese official recently suggested that the zero-COVID-19 strategy could last ‘for the next five years’.

Some companies are also fearful that a war could start between China and Taiwan, which would cause a supply chain crisis unlike anything seen in the COVID-19 pandemic. Having learned a lesson from Russia’s invasion of Ukraine, forward-thinking manufacturers are moving now, instead of later.

Xiaomi, a Chinese smartphone manufacturer, decided to follow Samnsung and move its manufacturing to Vietnam.

The plan was to increase delivery efficiency for the Southeast Asian market and minimise logistics costs.

Xiaomi Corporation was founded in April 2010 and describes itself as ‘committed to continuous innovation’ and driven to maximum efficiency. As the world’s fourth-largest smartphone brand, with over 196mn smart devices connected, Xiaomi is featured on the Fortune Global 500 list.

To stay afloat and keep the supply chain flowing, manufacturers must step forward post-pandemic and find new ways to create, build and trade - as the industry always has.