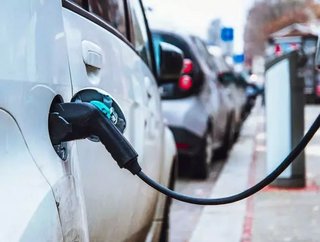 Alibaba is set to invest in Chinese electric car start-up, XPENG. XPENG’s Chairman, He Xiaopeng, announced that the business has completed three roun...

XPENG’s Chairman, He Xiaopeng, announced that the business has completed three rounds of series A+ financing, and is schedule to disclose series B round early next year.

Xiaopeng’s company has released a list of top-tier capital partners from the financial and technology sector; series AO goes to Alibaba and Xiaopeng himself, with A1 including GGV Capital, Morningside Venture Capital, IDG, MatrixPartners China, Shunwei Capital, and more.

XPENG Motors was co-founded in 2014 by Xiaopeng, a former President of Alibaba’s Mobile Business Group, and Xia Heng and He Tao, former technology leaders of Guangzhou Automobile Group Engineering.

Alibaba announced that XPENG Motors, as an NEV start-up, will be the most recent piece of strategic investment in its overall auto strategy. Alibaba states that it respects the history of car manufacturing, and it is looking to add value to the development of the industry through partnership.

He Xiaopeng said: "We are beginning to deliver around 1000 production cars that was released in October to our employees and selected customers. In January 2018, our advanced edition 2.0 will be making its international debut at the CES (International Consumer Electronics Show)."

XPENG was initially co-funded by Xiaopeng and a group of Chinese internet business leaders. It joins the ranks of China’s fast-rising electric car sector, and is the first to receive China Compulsory Certification from the Ministry of Industry and Information Technology. It is also the first business of its kind to deliver a production car, which it did in October 2017. On the 3rd of December this year, Xiaopeng drove the first plated XPENG car on public roads in Beijing.

The XPENG Motors first generation model, Identity X, is an all-electric compact SUV which reaches 0-100km/h in 5.8 seconds and has a battery range of 300km. It also boasts smart functions such as auto-parking, low-speed following, voice interaction, and remote control.