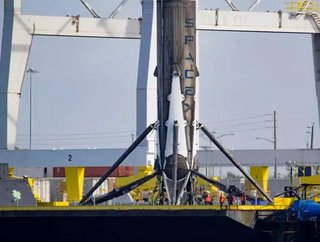 Founder of the US-based aerospace manufacturer, Elon Musk, has previously announced aims for his firm to reach Mars within a few years. However, Musk h...

Founder of the US-based aerospace manufacturer, Elon Musk, has previously announced aims for his firm to reach Mars within a few years.

However, Musk has yet to unveil many aspects of the rockets that he aims to reach the planet with – until 8 April.

The founder posted a picture on his Instagram account of what he dubbed the “main body tool for the BFR interplanetary spaceship”.

The tool is thought to be a manufacturing mould used to weave materials, such as carbon fibre, in the shape of the upper stage of the rocket.

The mould is anticipated to be located in a tent on an 18-acre plot at the Port of Los Angeles – a recent connection to SpaceX, working as a facility for the behemoth rocket.

The Big Falcon Rocket (BFR) spaceship is set to be 157.5 metres long and 30 metres wide and will host at least 100 passengers, announced by Musk in a talk last year.

The rocket on the BFR will feature 31 Raptor engines, will be able to loft 150 tonnes to low Earth orbit, and will be fully reusable.

Musk confirmed at the SXSW Conference in Austin, Texas, that the firm aims for the spaceship to be ready for shore test flights by 2019.